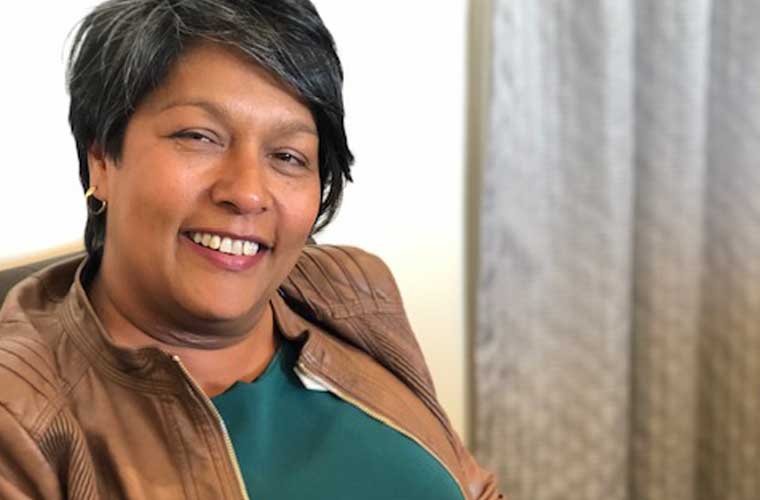 Edwina Caesar is Opal HealthCare’s Regional General Manager in Queensland, where she is responsible for ten care communities. Her career in Australia began 25 years ago when she migrated from Fiji, having completed her nursing training. Arriving in Australia, she completed bridging qualifications and began practising nursing, “Coming from a developing country to a developed country was one of the most daunting things I’ve ever done. I didn’t know the systems, there was so much to learn. It was really a matter of sink or swim.”

Edwina decided to swim. Within three years of arriving in Australia, she became one of the youngest Clinical Nurse Consultants working in palliative care. After having her first child, she moved into part-time work, taking her first steps into management as an after-hours supervisor in a small hospital. Relocating to Queensland from New South Wales, she took on the role of state Palliative Care Coordinator with a community-based organisation and then Patient Flow Manager for Ramsay Health Care. A chance meeting at a healthcare function saw Edwina head-hunted to join Brisbane’s Mater Private Hospital and run the largest rehabilitation unit in Queensland. She subsequently stepped into the role of Nursing Director at the hospital.

During her tenure, Edwina was responsible for redesigning workflows and finding efficiencies that enabled the hospital to retain its people following the Global Financial Crisis. PricewaterhouseCoopers (PwC) soon came knocking and Edwina joined the organisation to work with Queensland Health on patient flow, Lean methodology and driving efficiency. As part of this role, Edwina researched new markets for PwC and was struck by the huge potential of the growing aged care sector, "It was clear aged care was going to experience explosive growth... I began to feel it was where I had to be”.

Edwina’s first aged care role was with The Salvation Army, managing one of their largest care homes and successfully taking on accreditation a mere six weeks after commencing. She was subsequently asked to join RSL Care where she undertook a number of roles before becoming Regional Manager and then Acting Chief Operating Officer.

Edwina joined Opal HealthCare in December 2016, as Regional General Manager in Queensland. Asked what she loves about aged care, Edwina explains, “Aged care offers a great deal of variety, which is something I love. Even now, no two days are the same.” She adds, “If you set the right expectations for your team and provide great customer service then you’ll have happy residents and families. Elders in our community have lived full and fruitful lives, and coming into aged care hasn’t changed who they are. It’s our job to ensure we recognise and respect that. That’s what makes it the most rewarding job I’ve ever done.”

Edwina explains the qualities that are important in a Regional General Manager role, “You need to be able to think of ten things at once and know the status of everything that’s on the go. Success for Edwina is all about developing her team’s capabilities, “I want my managers to be self-reliant and sure of their abilities. I want them to be confident in sharing their strengths with their peers. We’ve worked together to create an environment where managers help each other to expand their leadership capabilities.” Edwina sums up what’s different about working in aged care, “There’s no comparison really between aged care and acute or primary healthcare. In aged care, there’s a greater breadth of roles, together with much faster advancement if you’re of a high calibre and prepared to put in the effort. There’s so much opportunity. The perception some people have of aged care today is not the reality. It’s an exciting place to be, with innovations happening all the time. The connection you can have with the elders in your care is phenomenal – I would never go back to acute care after this.”

Read more about our latest RGM role in WA 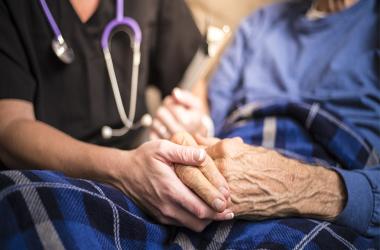 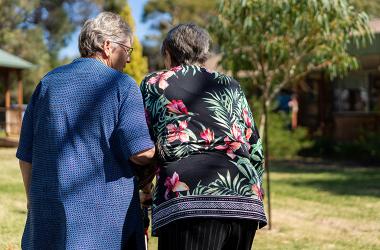 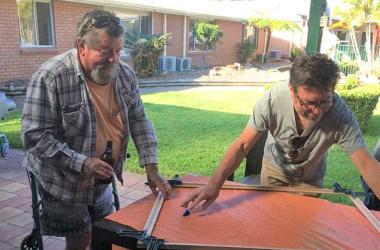