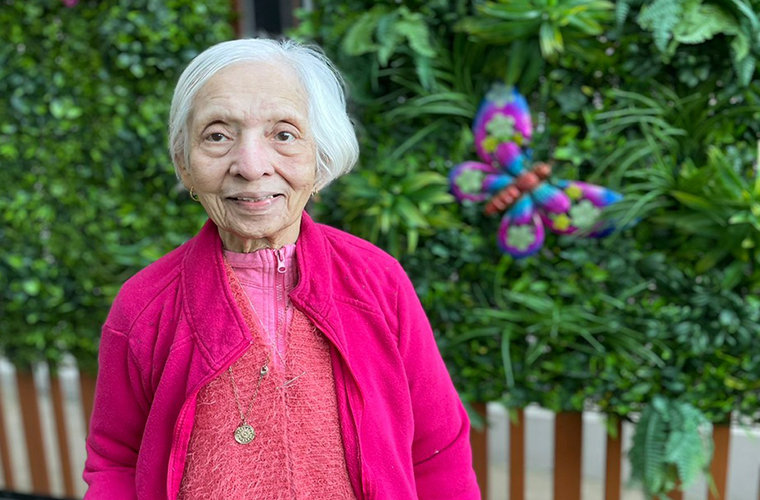 Dementia is not a single disease, but a term used to describe the symptoms of a range of illnesses which cause a progressive decline in the ability to think and perform everyday tasks. It can also lead to changes in personality and behaviour. Some of the more common illnesses associated with dementia are Alzheimer’s disease, vascular dementia, frontotemporal dementia, Lewy body disease and Parkinson’s disease.

Although it can be devastating for individuals and their families, the impact of dementia has wider implications for our society, with an estimated cost of $18.7 billion to the Australian economy by 2025*. Despite the prevalence of dementia, many other diseases have far greater community awareness.

For this reason, you may be surprised to learn that dementia is the second leading cause of death of Australians. In Australia today, there are an estimated 472,000 people living with dementia*.

Who can experience dementia?

While it is more commonly experienced in older people, dementia can sometimes occur in those under 65 years of age. This is known as younger onset dementia. One in ten people over the age of 65 experiences dementia, while three in ten are affected once they reach 85 years of age*. Despite the increased risk as we age, it is important to remember that dementia is not a normal part of ageing.

So armed with that knowledge, the next logical question is: can dementia be prevented? The answer to that question is yes… and no.

Let’s consider what we know about dementia. There’s been a significant amount of research into prevention and treatment, and while there is currently no cure, there are many things that we can do to help protect against dementia related diseases. Medical journal The Lancet, recently published a paper* which reviews the known modifiable risk factors and identifies some new risk factors, which may surprise you.

So what are the tangible things we can do to prevent dementia? There’s actually quite a few things. These include: maintaining healthy blood pressure and cholesterol; addressing hearing loss; limiting alcohol use; avoiding smoking and exposure to air pollution; reducing obesity; avoiding head injury which is particularly prevalent in contact sports; and maintaining physical, social and mental activity. It’s never too early, or too late to make changes to help prevent the onset of dementia. 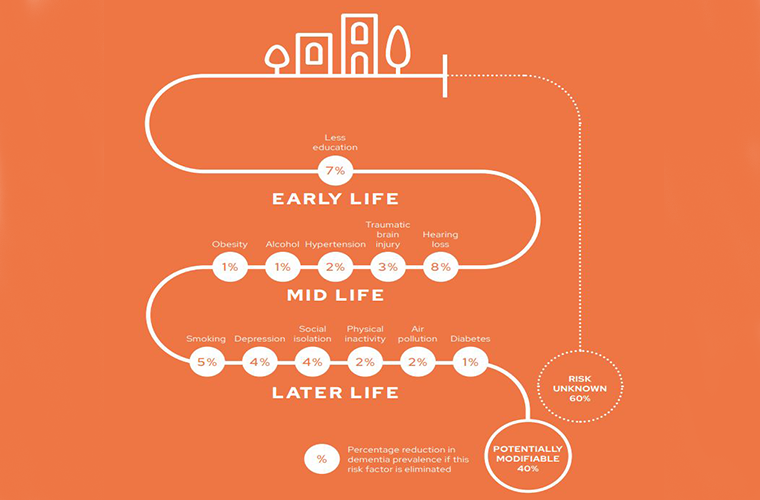 For people who do develop dementia, it’s important to keep in mind that it is possible to continue to maintain a good quality of life for many people. Continuing to do the things that are meaningful is the key to living well with dementia. Life may change, but finding ways to focus on physical and mental wellbeing makes dealing with the progression of the disease more manageable.

If you or a loved one is living with dementia and would like to know more about the support available through an Opal HealthCare Care Community near you, don’t hesitate to get in touch via communications@opalhealthcare.com.au.

Support may be as simple as connecting with other families who are also experiencing the dementia journey, or extend to respite or permanent residential care.

We understand that when a person moves into residential aged care, their ability to continue to contribute to others and to society benefits their wellbeing. We also… 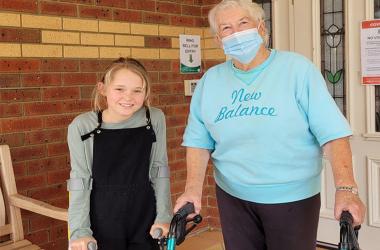 As social beings, making new connections and maintaining old friendships brings meaning and enriches an individual’s life. It’s important for our wellbeing that we actively… 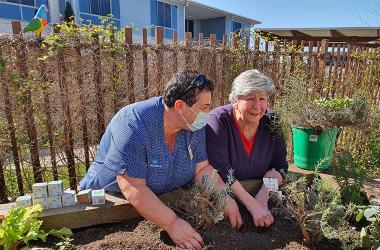 A career as a carer comes full circle

We recognise that people living with dementia can continue to live active and rich lives many years after their diagnosis. Maureen, a resident at Rutherford Park Care…